Of all the native US plants, I think the sordid history of Poison Ivy (Toxicodendron radicans) is the most fun. First off, can you think of a plant that is more revered as a sex symbol? No. There is literally an entire genus of plants known as Clitoria. Seriously, there are flowers that so resemble female genitalia they are literally named after the clitoris:

and Poison Ivy manages to be more related to female sexuality. That is pretty impressive when you think about it.

But why wouldn’t it be? Pop culture is littered with references to the sexy femme fatale. Most notable of course is the DC Comic character Pamela Isley better known as Poison Ivy. A botanist gone rogue, she is part plant and able to control the mind of her victims with pheromones and has the ability to kill with a single kiss. Plus she’s hot. Like super hot: 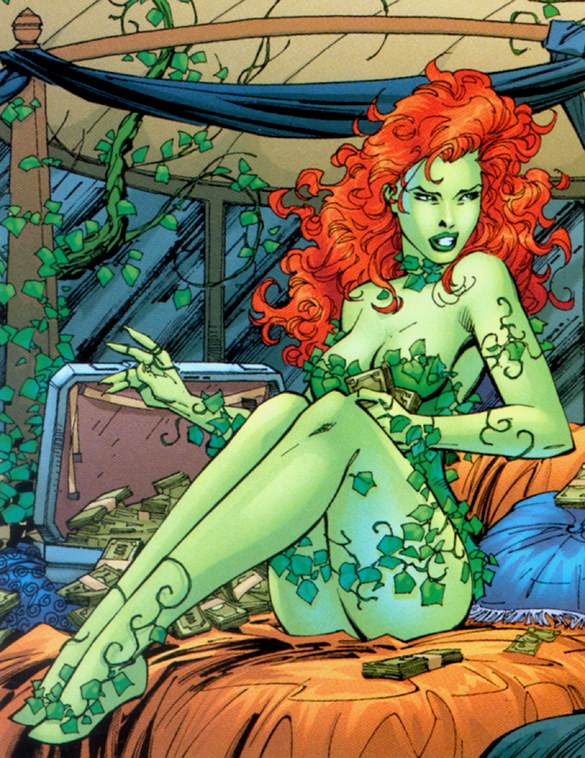 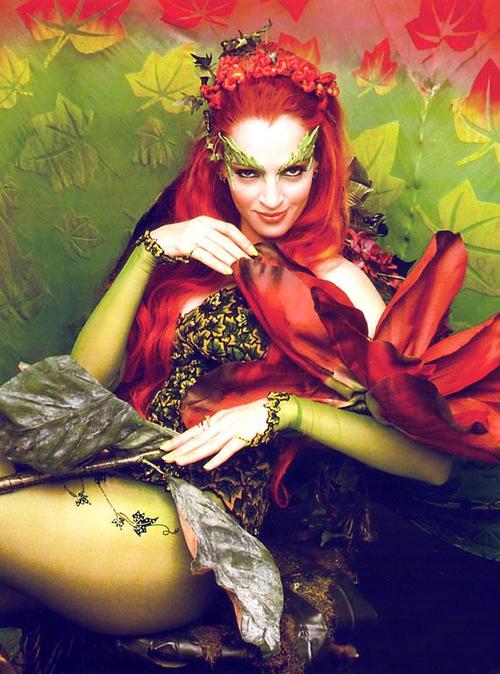 Basically she is everything I want to be when I grow up, except for the terrible childhood and lover-doing-experiments-on-you-until-you-become-mostly-plant part.

But there are other Poison Ivy associations, as well. There have been a couple of bad movies staring child actors trying to get “sexy” in the 90s. And then there is the 1959 song written by Jerry Leiber and Mike Stoller and originally recorded by the Coasters. It is a catchy pop song about a women who is so enticing she is desired by everyone who sees her… and the resulting rash that they get after spending some time with her.

As Leiber later recalled, “Pure and simple, ‘Poison Ivy’ is a metaphor for a sexually transmitted disease—or the clap [gonorrhea]—hardly a topic for a song that hit the Top Ten in the spring of 1959. But the more we wrote, the less we understood why the public bought what it bought. It didn’t make sense, but it didn’t matter. We were having fun.”

So is this why the association of a sexy and dangerous woman prevails with the poor Poison Ivy plant? Probably. The song was written even before the first appearance of Poison Ivy in the Batman comics. And it went on to be rerecorded by a number of artists after the Coasters, almost 20 in fact. And they range in styles and decades wildly, from the Rolling Stones to Hanson.

But what about the real story of T. radicans? Well, this American native is fairly well traveled, thanks to botanists John and William Bartram. It was sold to European gardeners, botanists, and horticulturists as an exotic plant along with oaks, maples, and wildflowers. Large healthy stands of the plant grew at Kew Gardens in London and in Paris in the gardens of the Empress Joséphine Bonaparte. Doctors and apothecaries tried to utilize the curious plant to cure diseases including drinking Poison Ivy tea. Eventually, people wised up and realized they were doing more harm than good.

Now the plant still grows in its native habitat, much to the disappointment of many a homeowner than has moved into its native range. But it is still an important plant for birds and other wildlife. So perhaps we can just leave it alone…